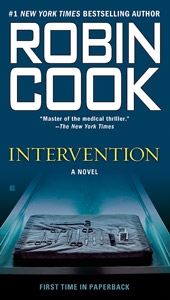 It's been more than thirty years since New York City medical examiner Jack Stapleton's college graduation, and almost as long since he's been in touch with former classmates Shawn Daughtry and James O'Rourke. Jack was once a highly regarded ophthalmologist, but his career took a dramatic turn after a tragic accident destroyed his family. And that, too, is very much in the past: Jack has remarried—to longtime colleague and fellow medical examiner Laurie Montgomery—and his the father of a young child, who unfortunately has been diagnosed with neuroblastoma, a childhood cancer.

No matter what stresses he faces, Jack's renegade, activist personality can't rest. After performing a postmortem on a promising young college graduate who had recently been treated by a chiropractor, Jack begins researching alternative medicine as a way to avoid obsessing about his child's illness. Quickly he is confronted by the question of what makes some people step outside the medical establishment to seek help from therapies based on dubious science, Eastern philosophies or even faith healers.

Jack's classmate Shawn Daughtry is now a renowned archaeologist and biblical scholar. Brash, impetuous, and completely career-driven, Shawn makes a spectacular find at a souk in Cairo: an ancient codex, whose contents may vault him to international fame. His discovery takes him on a secret journey to what is held to be Saint Peter's tomb beneath the basilica in Rome, where he hopes to unearth a two-thousand-year-old ossuary, the contents of which may have earthshaking ecclesiastical and medical implications.

Shawn can't wait to flaunt his treasure before his old college buddy James O'Rourke—now James Cardinal O'Rourke, bishop of the Archdiocese of New York: the treasure may jeopardize the very nature of papal infallibility. Desperate to protect his church and his own political ambitions, James turns to his friend Jack to help safeguard an explosive secret, one with the power to change lives forever.