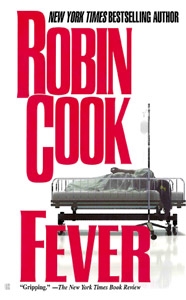 Charles Martel is a brilliant cancer researcher who discovers that his own daughter is the victim of leukemia. The cause: a chemical plant conspiracy that not only promises to kill her, but will destroy him as a doctor and a man if he tries to fight it...With chilling accuracy and riveting sequences, Robin Cook portrays the struggle of one family searching for the truth from a corporation and a medical establishment all too willing to ignore the fate of one little girl...